Here you will find reviews and comments on some books which I have read and some others which I am still reading. Some books are technical, but many others fall into the category of Popular Science. I maintain an interest in the History and Philosophy of Mathematics and Computer Science, so at-least some of them fall into that category as well.

Roads to Infinity: The Mathematics of Truth and Proof

I began to read this book when I started doing the MOOC Paradox and Infinity, offered by MitX. The text starts with Cantor's famous diagonal argument which proves the existence of different sizes of infinity. I found the treatment of the set of real numbers to be a highly condensed version of another book by the author — The Real Numbers. The chapters that follows deals with Computability and Logic at a high level. I was also encouraged to read this based on a review by MAA, and so far I don't regret that. I would recommend this book as an easier entry to an otherwise esoteric if not difficult topic. 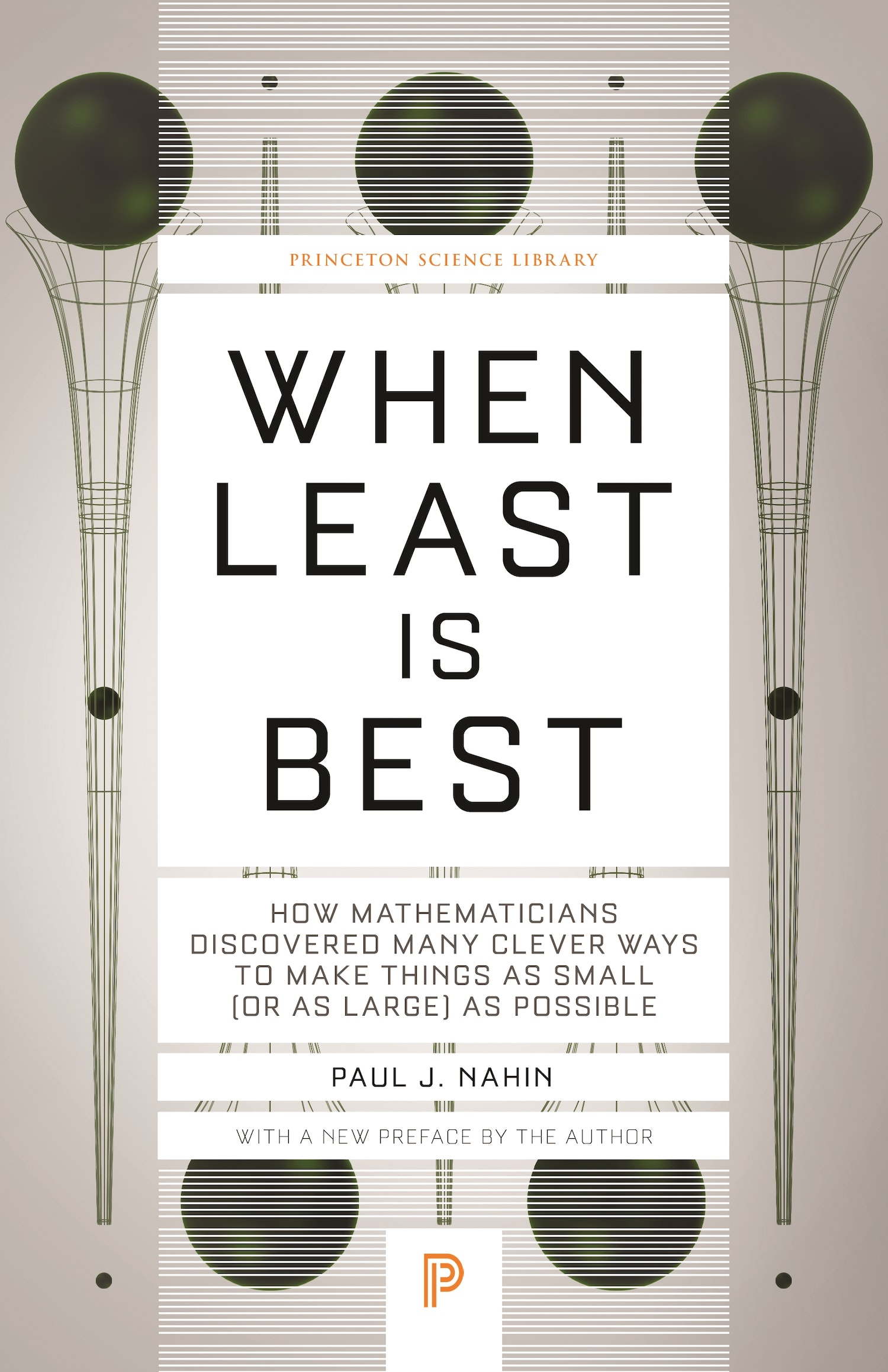 When Least Is Best - How Mathematicians Discovered Many Clever Ways to Make Things as Small (or as Large) as Possible (Princeton Science Library, Band 118)

A history of optimization, beginning with Greeks. More coming... A HISTORY OF VECTOR ANALYSIS (Dover Books on Mathematics)

How Vector Analysis originates and evolved..starting with Sir Hamilton

Genius Makers: The Mavericks Who Brought AI to Google, Facebook, and the World

This book presents a history of AI. Unlike the Quest for Artificial Intelligence, it is narrated like a thriller, based on the characters of colorful and eccentric persons who developed the field. The story begins with Frank Rosenblatt and Marvin Minsky -- two early pioneers who played a pivotal role in the development of the field. However, both had competing views on AI, with Rosenblatt being a staunch believer in the potential of neural networks, while Minsky (who is sceptical of neural networks) believing in rule-based and symbolic AI. The story develops further when after several AI winters and summers, Hinton and Lecun succeeds where their predecessors had failed. I found the book focusing a bit too heavily on Hinton — to a large extent rightly so. But still it could have given a bit more coverage to other characters — especially those who believed in same ideas like Jürgen Schmidhuber. I'd recommend it as a good holiday read. 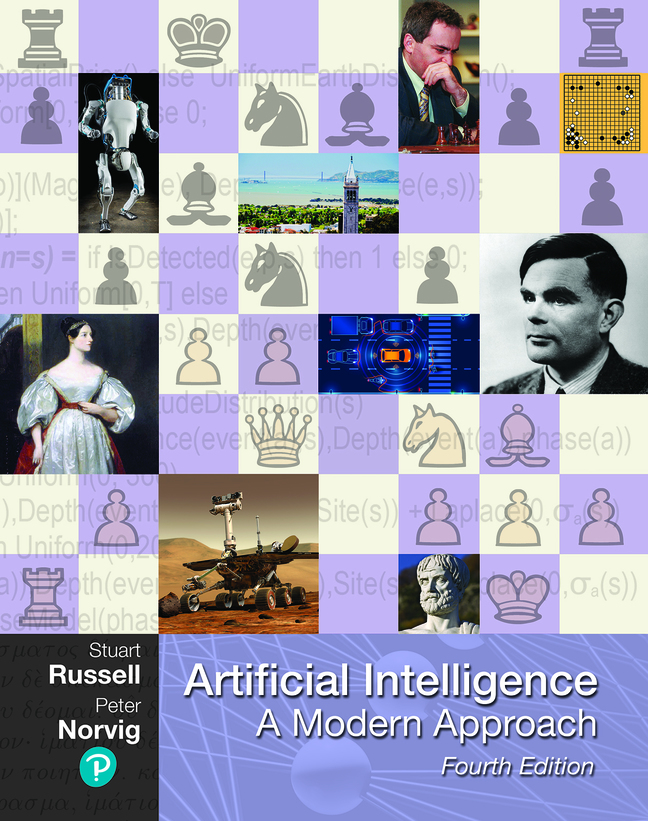 I first started reading this classic soon after the release of 4th edition, in September 2020. The new edition is revamped to give more emphasis on currently hot topics such as deep learning and reinforcement learning. But the authors deserve some applause for not abandoning "classic AI" entirely. There is still a very decent and highly detailed treatment on Search algorithms, First Order Logic and Knowledge Representation. I am somewhat slow in my progress so far, as my attention is often driven to any of the subtopics such as Logic or Optimization.

I think it is fair enough to say that this is the canonical reference book for the entire field of AI. The book's errata page acknowledges my humble contributions.

What was the critical breakthrough which helped Great Britain to defeat Nazis and win the WW2? What could be said about the water jug problem in Die Hard 3, where Bruce Willis had to collect 4 litres of water using a 5 litre jug and a 3 litre jug? Is it possible to find an arrangement that marries all the eligible men and women from a village, to form a faithful, monogamous relationship? It may appear that answering the first question requires some history lessons, while the last two questions may appear to be recreational puzzles. But in fact, all of them involve some serious theories from Discrete Mathematics.

Mathematics for Computer Science is a perfect book which teaches you pretty much all the discrete mathematics that is required for learning various topics in Computer Science. It is presented in an accessible manner to a self learner (also there is a free course from Prof. Meyer in MIT OCW/OLL platforms), but that does not mean that it lacks rigor. Problem sets are quite challenging as well.

This book definitely looks good on your shelf, but luckily it has a long shelf life as well. I only finished chapter 1 so far. What could I say based on what I have seen? Tower of Honai is the best way to teach recursion and Josephus problem is the best way to understand modular arithmetic.

How to Solve it: A New Aspect of Mathematical Method

In this timeless classic, everyone who is interested in problem solving will find something to take away.

This book is the missing chapter 1 of your undergraduate mathematics book. It is a nice supplementary guide that helps to bridge the gap to higher mathematics.

Mathematics and Its History

I'm reading this book from time to time. It is an OK one, but somehow I am beginning to believe that the history of mathematics is not best explained as a linear narrative from antiquity till 20th century, but rather as stories and events.

A History of Pi

This book is an interesting read. The history of pi is to some extent, the history of civilization itself. Different cultures knew about the existence of the constant since antiquity, but only from around 1700s, the Greek letter π became standard. Petr Beckmann is rather harsh on the Roman's for not developing mathematics much at all, (unlike the Greeks). But I guess Mathematics do not have to be the sole focus of a given culture. I'd recommend this book because of the interesting writing style and also, to my knowledge, this is the only book that is solely dedicated to the history of π. 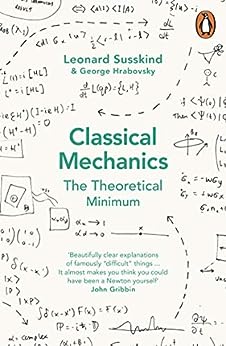 If you had failed to pay attention in Physics class as a college student, then this book offers a re-entry to the topic as an adult learner. There is also a supplementary lecture series from one of the author (Susskind) in youtube.

The Annotated Turing: A Guided Tour Through Alan Turing's Historic Paper on Computability and the Turing Machine

It ticks the box on the breadth side by covering everything from Gradient Descent to Principal Component Analysis, but the author makes no effort to provide enough background information on many of the abstract concepts. I'm still open to finish reading it though, believing that the problem lies at the way the book is organized.

How to Study as a Mathematics Major

6 out of 5 stars. I'm not sure how I ended up owning a copy of this (amazon recommendation probably), but it was a good one and helped me during the courses. 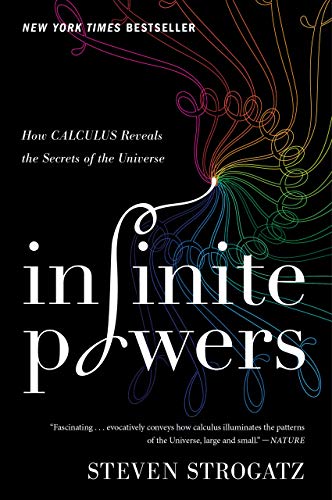 Infinite Powers: How Calculus Reveals the Secrets of the Universe

History of Calculus, starting from Archimedes going all the way to Newton.

Calculus Reordered: A History of the Big Ideas

I agree with the core message of the book - Calculus should be taught in the order in which it was discovered and developed. Integration should be taught first as accumulation is more intuitive. Limits, which require a knowledge of functions and continuity should come much later. Worth reading.

This is a great story about an epic quest to solve a centuries old conundrum in Mathematics. I believe the author could have presented a more balanced and diverse history of the Number Theory, instead of the Hellenocentric one. 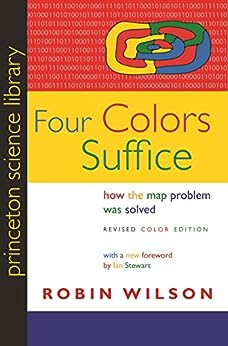 Four Colors Suffice: How the Map Problem Was Solved 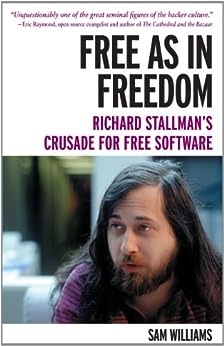 The life story of a genius is often inspiring, but sometimes sad as well. RMS was a child prodigy who excelled in Maths in school and later at Harvard, but struggled with social isolation in early years.

Algorithms to Live By: The Computer Science of Human Decisions

The Man Who Loved Only Numbers: The Story of Paul Erdos and the Search for Mathematical Truth

Erdos is eccentric but prolific. Worth a read

The Man Who Knew Infinity: A Life of the Genius Ramanujan

Sapiens: A Brief History of Humankind

I'm not sure whether the wild popularity of this book is indeed deserving, given that it presents nothing entirely new. But it is really fun to read. My favorite chapter was the one on Agricultural revolution and its implications, which was a fresh perspective on that topic.

In the Plex: How Google Thinks, Works, and Shapes Our Lives

Provides key insights to the culture of Google and ethos of Page and Brin. It was also interesting to read how brilliant minds like Jeff Dean or Amit Singhal operates.

This is a very well written biography by Isaacson. Steve Jobs was a visionary, but he was also fortunate to have lived in the right time (ie, during the early years of personal computing) at the right place (California). He was not very nice to his girlfriend, his college friend or to his colleague (the genius Computer engineer Wozniak), but he could be forgiven for making our cell phones more user-friendly and with round edges.